by Jasper C.
in Opinion
0

First it was the “Great Resignation.” Then it was “nobody wants to work anymore.” Now it’s “quiet quitting.”

Yet it seems like no one wants to talk about what I see as the root cause of America’s economic malaise – work under contemporary capitalism is fundamentally flawed.

As a political philosopher studying the effects of contemporary capitalism on the future of work, I believe that the inability to dictate and meaningfully control one’s own working life is the problem.

Democratizing work is the solution.

The problem of work

What can be said about the malaise surrounding work under capitalism today?

There are at least four major problems:

This is particularly evident in the rise of precarious forms of work, like those that are found in the gig economy.

According to the Pew Research Center, there’s been a decline in people finding meaning in their work. Nearly half of front-line managers and employees do not think that they can “live their purpose” through their jobs.

Second, workers are not paid the full value of their labor. Real wages have not kept pace with productivity, driving economic inequality and a decline in labor’s share of income.

Third, people are time poor. In the U.S., full-time employed workers work an average of 8.72 hours per day despite productivity increases. Long working hours, along with a number of other factors, contribute to the feeling of “time poverty,” which has a negative impact on psychological well-being.

Constrained by the demands of work, many people find they have little time to pursue their own interests.

Fourth, automation puts jobs and wages at risk. While technological innovation could in theory liberate people from the 40-hour workweek, as long as changes aren’t made to the structure of work, automation will simply continue to exert downward pressure on wages and contribute to increases in precarious employment.

Ultimately, the potential of automation to reduce working hours is inconsistent with the profit motives of capitalist companies.

Humanize work or reduce it?

On the one hand, many people lack work that is personally meaningful. On the other hand, many are also desperate for a more complete life – one that allows for creative self-expression and community-building outside of work.

So, what is to be done with the problem of work?

There are two competing visions of the best way to arrive at a solution.

The first is what Kathi Weeks, author of “The Problem with Work,” calls the “socialist humanist” position. According to socialist humanists, work “is understood as an individual creative capacity, a human essence, from which we are now estranged and to which we should be restored.”

In other words, jobs often make workers feel less human. The way to remedy this problem is by re-imagining work so that it is self-determined and people are better compensated for the work they do.

The second is what’s known as the “post-work” position. The post-work theorists believe that while doing some work might be necessary, the work ethic, as a prerequisite for social value, can be corrosive to humanity; they argue that meaning, purpose and social value are not necessarily found in work but instead reside in the communities and relationships built and sustained outside of the workplace.

So people should be liberated from the requirement of work in order to have the free time to do as they please, and embrace what French-Austrian philosopher André Gorz called “life as an end in itself.”

While both positions might stem from theoretical disagreements, is it possible to have the best of both worlds? Can work be humanized and play a less central role in our lives?

My own research has focused on what I see as a critical answer to the above question: democratic worker control.

Democratic worker control – where companies are owned and controlled by the workers themselves – is not a new concept. Worker cooperatives are already found in many sectors throughout the U.S. and elsewhere around the globe.

This perspective recognizes that the problems people face in their working lives are not merely the result of an unjust distribution of resources. Rather, they result from power differentials in the workplace. Being told what to do, when to do it and how much you will earn is an alienating experience that leads to depression, precarity and economic inequality. 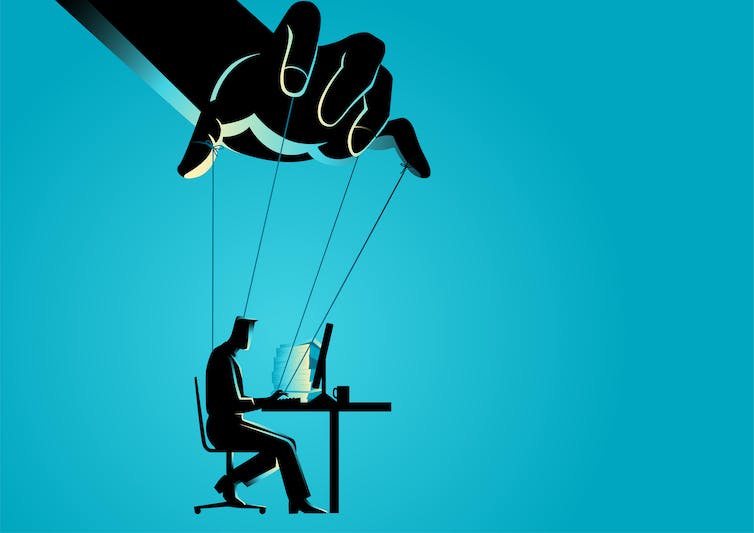 Being told what to do and when to do it can make you feel helpless and dispirited.

On the other hand, having a democratic say over your working life means the ability to make work less alienating. If people have democratic control over the work they do, they are unlikely to choose work that feels meaningless. They can also find their niche and figure out what’s fulfilling to them within a community of equals.

Democratizing work also leads to an increase in labor’s share of income and a reduction in economic inequality. It has been shown that unionized workers earn an average of 11.2% more in wages than nonunionized workers in similar industries. Income inequality is also much lower in worker cooperatives compared with capitalist companies.

But work should not be confused with the whole of life. Nor should it be assumed that a sense of purpose, a sense of belonging and the acquisition of new skills can’t occur outside of work. Playing, volunteering and worshipping can all do the same.

Under democratic worker control, workers can choose to prioritize values that are consistent with themselves rather than the dictates of profit-seeking shareholders. Labor-saving technologies make it more likely that leisure time can become a choice. Workers are free to assert their own values, including that of less work and more play.

Of course, democratic worker control is not a silver bullet to economic discontent, and these changes to the workplace can’t occur in a vacuum.

For instance, trials of a four-day workweek without a reduction in pay are increasingly popular, and they have had resounding success in both the United Kingdom and Iceland. Workers report feeling less stressed and less burned out. They have a better work-life balance and report being just as productive, if not more so. Federal legislation to reduce working hours without a reduction in pay, such as through the implementation of a four-day workweek, could accompany a movement for democratic worker control.

The expansion of social services, the development of a public banking system and the provision of a universal basic income may also be important components of meaningful change. A broader movement to democratize the U.S. economy is needed if society is going to take the challenges of work in the 21st century seriously. In short, I believe a mosaic of approaches is necessary.

But one thing is clear: As long as work remains the dictates of shareholders rather than the workers themselves, much work will remain a source of alienation and will persist as an organizing feature of American life.

This article is republished from The Conversation under a Creative Commons license. Read the original article.

No Result
View All Result